Beyond Borders and the Two-Week Vacation 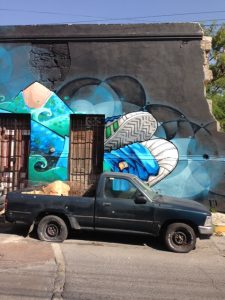 For some, it’s hard to leave their own neighborhood.  How many people don’t even venture downtown, or across the city? Considering that only 41 percent of Texans have a valid passport, it’s safe to assume most have never crossed the border, or, at least beyond border towns.

Experiencing different geographies, cultures, foods and traditions has always been important to me. I’ve lived in other countries, and have always wanted to retire and move to another country. I see so many benefits, as do others who have gone the ex-pat route.

Parents of young kids are told that children thrive on routines. I can understand how routines feel safe and comfortable, but it seems boring to me.  Imagine peanut butter and jelly every day, all year.  You may opt for grape instead of strawberry, but are you really satisfying your taste buds? And your dietary needs? Or if date night is never anything beyond dinner and a movie, it might benefit from adding something out of the ordinary.

So, getting out of your comfort zone, why live in one city, without ever stepping outside your self-defined boundaries?  Forget the concerns for an unknown language and culture. That just makes things more interesting…and memorable…and maybe laughable, too.

Merve and her husband understand the world is at their fingertips. They go beyond traveling the world on a one week vacation. They live their vacations to deeply experience the lifestyles.

Merve is from Turkey, but now, she’s living in Monterrey, Mexico.  She’s taking Spanish lessons and has hosted her mom for a six-month visit. For some, a visit with the in-laws for a full day is all they can handle. But for Merve, her mom, and husband, they seem to cherish the experiences. Not only those of cohabitating, but getting out of the box and exploring, locales, cultures, and relationships.

Merve’s husband was working in New York City. He closed the door to the cash and shine of the corporate confines to fulfill his wanderlust as an English teacher.  The couple lived in Egypt for two years before they crossed the Atlantic to move to the land of Tenochtitlan.

Of course it wasn’t that easy, at first, to adjust to Egypt, especially with the political unrest that was going on.  Merve told herself, “accept this.”  She took Arabic classes and started focusing on Egypt through the lens of her camera.  By the time they were ready for their next adventure, she felt a twinge of sadness departing Egypt.

Not everyone embraces the wealth you obtain by learning different languages and cultures.  Merve and her husband treasure their ability to really deep dive into other parts of the world.  Languages are not barriers for them, rather challenges that they can overcome. Religious and cultural differences aren’t barriers either, rather something to accept and honor.

Deniz is Merve’s mom. She has an Om tattoo on her right forearm, bleached hair, and smokes a cigarette outside a vegetarian restaurant in the boho-chic Barrio Antiguo. She says, “My daughter always asked questions. With the help of my husband, he had her research things herself. He wouldn’t give her an answer.” Her journalist father, thus, instilled in her the ability to problem solve, and probe on her own.

Turkey is a rich country for cultures, explains Merve. Although they lived in Istanbul, Deniz was from the south, close to the Syrian border.  Hatay, also known as Antakya, is home to places of worship to Jews, Muslims, and Christians, and is considered a city for cultures. In fact, this is where the first Christian church in the world is said to be. While the family may not have been world travelers, they appreciated the cultural diversity their country had to offer.

“I’d watch local people to see how they followed their traditions,” says Merve. “It’s the family structure.” Both families were open to respecting and appreciating the cultures and religions of their neighbors, and Deniz is very spiritual.

So, Merve is on her way to learn and share in the traditions and culture now of the Mexican people, and then—who knows. The world is theirs.

Take the plunge. Read about more about crossing boundaries, and getting beyond your comfort zone, or find ideas on mother/daughter transformational trips. Just do it.