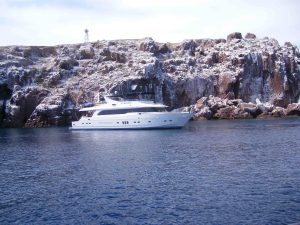 In the 2002 movie My Big Fat Greek Wedding, Toula goes to travel agency school to learn how to book vacations for people. The sequel won’t be released until March 2016, but I’d bet that Nia Vardalos’ character will no longer be working as an agent. She’d be hard-pressed to find a job in that field.

Today, the vast majority of travel planning is all done online. No in-person visits. No hard-copy tickets. No need to leave your laptop, tablet, or smartphone to do your planning any time of day or night.  If you need advice, there are plenty of people in cyberspace to give you their honest opinions and tips.

When I booked airfare to Peru, I instant messaged a Peruvian Facebook friend for leads on where to head beyond Lima. He gave me unpublished safety advice. Before I went to India, I got a referral from a fellow traveler on the Internet for a wonderful personal driver in Chennai. He picked me up at 4 a.m., shuffled me from one temple to another for more than eight hours, then, he jotted down the name and email of a friend of his with a cheap room on the other side of the continent. That lead turned out to be the best guest house I stayed in.

Hertz used to say “we try harder.” They may have missed the boat. Both rental car and taxi companies are having a hard time facing the newer app-driven competition.

It’s easier and often less expensive to hail a lift on your phone. No exchange of cash or credit cards. No getting lost. No need to gas up, or wait in long lines. You and the driver know where each other are at all times, thanks to GPS. And, you have a snapshot of the driver, license plate, and auto make, as soon as your car is confirmed. Drivers and passengers can rate each other so you get an automatic comfort level. This new kind of travel transparency is fast becoming the norm.

Lyft began in 2012 as a made-for-mobile, ridesharing app.  Eco-conscious California techies wanted to avoid traffic snarls. One of the guys went to Africa and saw efficient carpooling. “There was this crowdsourced transportation network where anyone could be a driver and they could set their own routes,” said Lyft Co-Founder Logan Green. Zimbabwe “had close to zero resources,” yet had a better transportation network than SoCal, he realized. Lyft evolved from Zimride, a play on the name Zimbabwe. It was originally a college-oriented service and still markets to younger people, especially those needing a lift after a night out bar-hopping.

Lyft’s rival, Uber, got on the block in 2010 and operates in about 60 countries. According to the most recent financial reports, Uber’s valuation is listed at $68 billion, greater than Avis Budget, Ford, Honda, and GM.

On a recent trip to Mexico City, I avoided what can be a dangerous taxi ride by using Uber. Aside from the relative ease and savings using Uber, the drivers in the U.S. and Mexico are much friendlier and well educated than what we tend to expect from a taxi driver. The cars are cleaner and more comfortable too, and you feel as if you’re driving with a friend. Most of the drivers in Mexico City offered bottles of water to all the passengers, too. They definitely try harder than your typical taxi driver.

Three decades ago I heard the phrase “Hi-Tech, Hi-Touch.” It meant that as we get techier, we need more personal interaction to offset the loneliness of a world surrounding our computer pals. When we go to the supermarket now, we even have the option of self-checkouts, and many people have virtual offices, missing all the coffee klatches. So, it makes sense that when you sit up front next to a Lyft or Uber driver it gives you a better, more personal experience.

I find chain hotels, cruises, and Club Meds as impersonal as the Avises of the world. If I travel, I want to feel the local flavor. That’s why I prefer locally owned and operated smaller hotels, guest houses, B&Bs, or hostels. Some of my most memorable guest experiences were from chatting with the owners or other guests.

I’ve opt-out of standard hotels as much as possible. I stayed at a lovely B&B in Warsaw, a comfortable hostel in Kraków, a flat in Prague, and a small pension with a lovely patio in Patzcuaro, Mexico. I spent several weeks in a guest house in Trinidad and saw wonderful Aztec dancers at a youth hostel in Mexico City. In Costa Rica, I rented a cabina above the owner’s home and watched sunsets with her and her dog several times. I remember all those places clearly. But ask me about a cookie-cutter corporate hotel, and I’ll be pretty blank.

Perhaps my favorite experience was a two-night stay on a boat off La Paz, Mexico that I booked on Airbnb for my boyfriend’s birthday. The hosts took us to several places where we could snorkel. It was tight quarters for four people, which made it all the better for bonding.  It was our first experience with Airbnb, and the hosts’ first experience. We all agreed it was a great step out of our comfort zones.

Airbnb has gained so much momentum since it was founded in 2008 by a couple of twenty-something guys in California. Now it’s a billion-dollar company with rentals in more than 190 countries. Like Uber and TripAdvisor, Airbnb encourages both visitors and hosts to comment on each other. That way, you know what to expect, and those comments can steer your decision.

Private rentals are becoming more and more commonplace. For several years, when I’d visit my parents in the Chicago area, I preferred to stay at homey but independent B&Bs. I’ve stayed at several Airbnbs and VRBOs in Austin, Texas, one in downtown Madison, Wisc., another in Denver, and a charming garden apartment in Washington D.C. close to DuPont Circle. Each tends to have the fingerprints of the owner. Even if you never meet the owner, they are always amenable to giving tips prior to and during your stay.

In Prague, every night my host would take out a huge map of the Czech Republic and give me wonderful ideas of where to visit. I also went out to dinner one night with the owner and another guest who was visiting from Saudi Arabia.

Mary’s family has a tradition. Relatives from all corners of the country unite when there’s a college graduation. They book a super-sized house on VRBO or similar sites. Aside from allowing them all to share space, comfortably, it inevitably becomes a party house. They invite others in to socialize and celebrate as if it was their own house.

This year, 16 of us shared a multi-level home in Breckenridge with three bathrooms, a large kitchen, and a hot tub. We all had different dietary restrictions or preferences, so the double oven, oversized fridge, stove, dishwasher, and trash compactor were handy. There were four kids under the age of nine, so the washer and dryer were running steady. The house had a number of books on the shelves, and games in the cupboards, plus Netflix on the big screen.

I just returned from that big house vacation, and I’m ready for next year’s.