Music Marathons in DC in TX 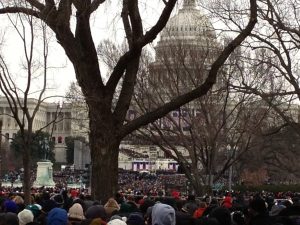 The Lincoln Memorial is the second most visited spot in D.C., after the Museum of Natural History. Last year, nearly 8 million visitors came to see the 19-foot-high marble statue of Abe Lincoln perched high above beautiful grounds and reflecting pond. On Saturday, October 8, there should be a significant uptick in the number of people headed to this memorial. What’s more, there’s a great reason for the tourists to stay considerably longer.  Chant4Change is expected to attract people from across the country, to make a stand, united in voice.

Thirty days prior to the presidential elections, from 1 to 11 p.m. at the Memorial, people from all cultures, political parties, and religions will raise their voices for the future of our nation. A musician with a big heart designed Chant4Change as a colossal gathering of conscious-minded souls to make history together. Ten hours of free music with a message.  Peace. Harmony. Unity in diversity.  Collaboration. The American Dream is for everyone. #ManySongsOneVoice.

Chant’s founder, Gaura Vani, just finished a tour with one of his bands, The Hanumen.  On October 8, he and Visvambhar (Vish) Sheth, who together, perform as the Juggernauts, will brighten the stage with inspirational words and rhythms.  With a call and response style singing, engaging the public, they will pull from their diverse musical inventory. Their repertoire runs the gamut from reggae, samba, Americana, Negro spirituals, Persian poetry, a Bosnian melody, Balinese, Sanskrit, and Mongolian chants.

Music is a great platform to uplift and connect. Chant4Change unites artists and leaders from different world views and religions, and people from all walks to life are encouraged to join this free ten-hour musical extravaganza.

“We decided to hold Chant4Change 30 days before the elections, to empower the people. You can come from whatever your political inclination, or religious belief, or lack of belief. It’s about coming together and making a statement.   Just the spot itself has so much historical influence. It feels very synchronistic,” says Vish about the monument from which Dr. King gave his indelible “I Have a Dream” speech in 1963.

MLK was a conveyor of dreams. Dreams of peace, respect for people from different socio-economic backgrounds, races, and religions. Vish says this event can really bring people to a place of listening to each other. “We want everyone to come as they are. Hindu. Jew. Christian. Non-believer. When you come together and chant, you are with everyone.”

The musical lineup is reflective of that diversity both in genres and geographies.  “We feel that the music and the chanting will really uplift the atmosphere,” says Vish.

Jai Uttal and MC Yogi will fly in from California to perform. Jai, a Grammy-nominated musician, is a master at juggling many instruments. Born in New York City, he learned classical piano at the age of seven. With colorful instrumentals and vocals, he has a touch of reggae, Motown, punk, and blues.  MC Yogi holds three #1 World Music Albums. He may be best known for his hip-hop music video building off images and words from Gandhi’s “Be The Change” speech. No stranger to D.C., MC Yogi was an ambassador for Michelle Obama’s Let’s Move campaign.

Tina Malia has recorded songs in four languages. The versatile singer/guitarist has performed with Bonnie Raitt, Kenny Loggins, and India.Arie, to name a few.

With 11 albums and an Amazon #1 best-selling book under his belt, David Newman tours the world as a kirtan musician. The Philly-based lawyer turned artist leads workshops to motivate and guide others in this musical form of devotion.

While Kirtan music tends to be sung in Sanskrit, one musician prefers Hebrew. The Kirtan Rabbi revs up the energy of traditional Jewish chants and makes them fun for people of all religions. With a Ph.D. in Jewish Thought, he has a unique way to foster a sense of group spirituality.

Another performer strums and sings in both the Sanskrit and Hebrew ancient tongues.  Mikey Pauker has folk music roots and a soulful style with a mix of Tel Aviv hipsters.   He has toured both in the U.S. and Israel.

Also on the World music side of Chant4Change lineup are traditional Sufi musicians, Ajeet Kaur known for her Kundalini mantra music sung in Gurmukhi, and an Indian sarod virtuoso and composer.

Bridging to yet more cultural sounds is Sweet Honey in the Rock, an all-female gospel ensemble, and Yona French Hawk, a full-blooded Cherokee singer/drummer/storyteller based out of Asheville, N.C.

Between the music religious and community leaders will share words of peace and unity. Chant4Change is about dialogue. “We all have our call for peace,” adds Vish. “It’s the way to listen to each other. Bring all the community together and chant in their own tongues. We are afraid of each other because we don’t listen to each other. Communication is the key to understanding. What better way than music, which crosses borders, especially sacred music.

For Texas looking more for a Staycation, than a trip to the nation’s capital, San Antonio is hosting a mini-marathon concurrent with the D.C. live venue. Free and open to the public, space available, the gathering will be at The Union, at a yoga studio in the Northwoods Center at Interstates 281 and 1604.

“Chant4Change transcends the importance, it’s our destiny,” says Advaita. “Modern history piles up more and more gloomy concerns of global magnitude while we continue our destructive ways. Like any lesson, our destiny/future also can unfold in less painful ways. Let’s bring our voices as one in the most universal language — the language of the heart. Kind of important right before this election of 2016, don’t you think?”

Check the Chant4Change Facebook page for D.C. updates or The Namaste Counsel for Texas details. Donations accepted at IndiGogo to offset expenses. #RaiseYourVoice