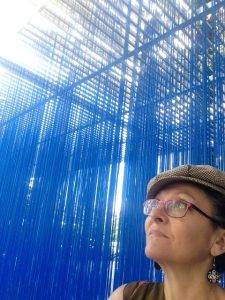 Its predecessor, the Center for Fine Arts, only housed temporary exhibits. The dream of a world-class museum was made feasible through a generous donation of $40 million in cash and art from Miami developer Jorge Pérez.  Hence, the name. The doors of the PAMM opened in December of 2013. PAMM asserts that “With its opening, downtown Miami has transformed into a central destination on Miami’s cultural map.”

Among the masterpieces gifted by Pérez were works by Latin American greats Wilfredo Lam, Roberto Matta, Diego Rivera, and Beatriz Gonzalez. Late last year, Pérez pledged another $15 million for more acquisitions. This additional funding will make PAMM home to one of the largest collections of contemporary Cuban art in any American museum. The donated works will be featured in a new exhibition opening this fall.

In addition to Cuban art, PAMM will spend $1 million a year in the next four years to acquire works by artists from across Latin America and the Caribbean. The focus on art from the Americas coincides with Pérez’s private collecting history and also mirrors the reflection of Miami.  The museum affirms that “Pérez Art Museum has developed its collecting and exhibition program to respond to and reflect the dynamic interchanges that shape and feed the city identity.”

Exhibitions highlight Miami’s diverse community and pivotal geographic location at the crossroads of the Americas. The collection includes about 1,800 works, plus the many traveling exhibits it hosts.

PAMM explains, “The building supports the institution’s mission to serve local population as a dynamic social forum, stimulating collection growth and enabling the Museum to better fulfill its role as the principal contemporary visual arts and educations resource in the region…PAMM proposes a new model of curating and experiencing art.”

In 2004, Miami-Dade voters passed a $100 million bond for development along Biscayne Bay. The actual cost to build the PAMM was $131 million.

The city granted a 29-acre tract of land to be partially split between PAMM and the soon-to-open Frost Museum of Science.  Each institution was allotted 4.5 acres allowing for vast green space with bike trails along Biscayne Bay. The once ignored area, renamed Museum Park, is now lush with vegetation, sculptures, and seating areas.

The concept for what may be a cultural anchor in Miami came to life through Pritzker Prize-winning architects Herzog & de Meuron. These were the innovators behind the “Bird’s Nest” at the Beijing Olympics. The architects were also responsible for the Parrish Art Museum in Water Mill, N.Y., De Young Museum in San Francisco, and the expansion of Minneapolis’ Walker Art Center.

It is decidedly non-linear, possibly to reflect the makeup of Miami as a “nexus for the transnational exchange of people, resources, cultures, and ideas.”

The Swiss firm invoked a sense of the tropics by creating a stilt-like effect for the structure. Then, due to Miami’s climate, and history with hurricanes, the construction materials were carefully analyzed. In the end, the museum is distinctive — and energy-efficient.

It is LEED Gold Certified. Recycled plastic is embedded in the walls. The vents are on the oak floors, rather than ceilings. Built primarily out of concrete, wood, and extremely thick tempered glass, PAMM is one of the safest places in the city to withstand a hurricane. The doors are made of teak, and the deck is Brazilian green heart, both heat, and humidity resistant.

Unusual for an art museum, the walls are made of concrete, requiring special care with installations.

There’s a nice sized auditorium that is lined by the main staircase. Many of the seats are made of cork, to absorb sound. Additionally, very heavy sound-proof curtains can be arranged to create partitions.

The windows are covered with black screens which protect the art while allowing visitors to see the beautiful grounds outside. The architects were attentive to converging the indoors with the outdoors. Some of the walls can display art inside as well as out.

Outdoors is very inviting.  There are wooden hammock-like oversized swings to lounge in and 67 hanging gardens. Native tropical plants, selected by Fairchild Gardens, have fiberglass tubing covered with felt to provide for an internal water circulation system. The hanging plants, in structures up to 45 feet long, provide not only a bit of shade, but also cool the air on the deck. Furthermore, the 77 plant species in the hanging gardens were designed to withstand hurricane-force winds up to category 5.

With the exclusion of the indoor galleries, much of PAMM is free and open to the public. Visitors can take in the spectacular views of Biscayne Bay and the elaborate hanging gardens, relax in the shaded external patio areas and stop in at the restaurant and gift store.

At the Bay side of the museum, is a large open dining and lounging area. The auditorium-style benches face Biscayne Bay. Additionally, there are outdoor art installations.

The museum itself is perched atop an open-air garage.  The parking lot has the stilt effect, to allow for water and airflow in case of storm surges.

PAMM offers free daily tours, in English or Spanish, with museum admission. The museum is closed on Wednesdays. Via public transportation, take the Metro Mover and exit at Museum Park. Or, take the Metro Bus, Trolley, or Citi Bike.