Hostels as Windows to Experiences 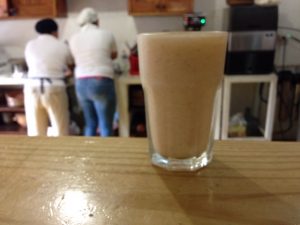 Money should be no obstacle. So, I have been traveling since I was 16 years old. Beyond the borders of my country. On the cheap. Sola. Pero bien acompañada. (Alone, but in great company.)

As part of my travel MO, I have stayed at plenty of hostels, B&Bs, homestays and even a community palapa checker-boarded with hanging hammocks.

Part of the reason why I love traveling is to get to know people from other cultures and countries. They don’t always have to be locals in the country I’m visiting. For example, I just returned from nine nights where I shared a dorm at a hostel in Costa Rica. One of my roommates, although she shared the same citizenship as me, was an exile from an Eastern European former communist block country. I learned a great dealing, hearing her stories. A second bunkmate was from the UK, another from Japan, and a fourth was a Peace Corps volunteer.

All in all, I was grateful to share my space with these ladies. And, it made evenings a lot more palatable. We chatted from each of our bunks, shared tips and stories. On the last night at the hostel for one of the roomies, we went to hear live music. Definitely, a perk, as neither of us would have walked there and back, and sat at a club, alone.

Some of my fondest memories of traveling solo in Poland were the chats I had with fellow guests at the breakfast tables at hostels and B&Bs. Even trying to understand the Polish-speaking woman serving us the breakfast items, in a cozy family-style dining room, made the stay more enjoyable. Besides, I’m all about local flavor. For example, I have zero desire to stay in a chain resort or hotel. If I’m in a foreign land, I want to see, smell, hear and taste traditional foods, sounds, and sights.

In Prague for a week, my hub was a gay-friendly apartment with a shared kitchen. The companionship of my male host, and a gay guest visiting from the Middle East, were lifesavers. I was in the middle of a messy personal saga, and I literally wanted to cry with gratitude for these guys. Every night, the owner would pull out an atlas and map out places he suggested I visit. Another night, the three of us walked to a nearby bistro for a leisurely outdoor meal.

My experiences are not rare tales. Hostels and other shared spaces have been increasing in popularity for many reasons. Activities. Mealtimes. Potential travel mates. Economic and long-term value.

Muffadal is an ex-pat. He spent several years traversing the world. Now, he runs a very popular hostel, and several AirBnbs with shared spaces in San Juan del Sur, Nicaragua.  Clearly, he relishes both being a guest and a host.

“Hostels can act like a microcosm of our global society packed into one compact space,” he says. “You have a chance to run into people from all walks of life, geographies, income levels, and ages. It’s the place where there’s always action and movement and it’s exciting to be around it. Hostels function like temporary communities; transient energy that gets organized and becomes something greater than itself, and it’s ever-evolving and shifting.  Being part of something like that nourishes the soul.”

Melissa is an American, now living in Australia. She’s taken advantage of shared spaces in Tasmania and Byron Bay. For Melissa, the cost savings “affords the traveler to spend money on experiences,” and those one-on-one encounters are invaluable. “The big thing for me is the potential to meet people from all over the world, from different walks of life, and create a bond or a friendship.”

Maria is a world traveler that speaks about eight languages. Now a retired professional, she jets throughout Asia, Europe, and Latin America with just a backpack. She says when she tells people how much she pays for accommodations, they don’t believe her.

On a recent visit to Central America, Maria paid eleven dollars a night at one hostel, and six dollars at another. Yes, she wants to stretch her dollars. However, one of the main reasons why she likes to sleep in the women’s dorms at hostels is for socialization. She immediately shakes off the visage of a stranger. She befriends her roommates, young and old. Gives them travel advice. Coaches them on how to pronounce words in Spanish. Shares her favorite fresh fruit at the dining room table. Who wouldn’t want to share space with Maria?