Five Tips for Getting High–Legally 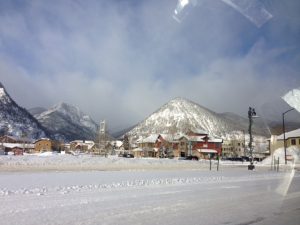 When Colorado first approved recreational marijuana, comedians joked about traveling or moving, to this state. The Colorado tourism office’s recent surveys confirmed that getting high in Colorado is indeed a motivator for the majority. Nearly one in four respondents admitted that legal use of marijuana was “extremely influential” in their decision to visit the state, 20 percent said it was “very much influential,” and another seven percent found it “somewhat influential.”

“Marijuana is no longer in the margins of Coronado tourism. It’s taking a starring role,” reported The Denver Post earlier this year.

This was to be expected. Businesses in Telluride, for example, were overwhelming in favor of pushing Colorado to be the first state to make recreational use of marijuana legal. January 1, 2016, marked the two-year anniversary for adults in this state to easily buy a legal joint or magic brownie. During the first year of the state law, in 2014, sales from recreational and medical marijuana were a whopping $700 million. Paradoxically, portions of the revenues from people getting high in Colorado are earmarked for school construction. The school that grass built…hmmm.

If you’re thinking of joining the enthusiasm for reefer madness in the mountain state, buyer beware. This isn’t the ‘60s anymore. You don’t carry your stash in a little baggie, roll your joint, and take a toke in the park, or the back of your car. This is the next millennium. Commercialism and marketing have taken the leaf far beyond what Cheech and Chong could have imagined on one of their wildest trips.

Cannabis, as it is properly called now, is available at “clubs” or “dispensaries.” Denver, which had legalized medical marijuana earlier, already has more outposts to buy weed than Starbucks. You don’t buy by the ounce. Rather, you choose your style. Smoke it, vape it, eat it, or even soak it up with a patch.

For recreational marijuana, as long as you have a government-issued ID card proving you’re over 21 years old, you can visit and buy from these retailers. At one dispensary, the employee checking IDs said about 75 percent of her customers were out-of-staters. For tourists wanting to get high in Colorado, before you dish out your dollars, know the rules.