Enlightenment in India: In English or Spanish 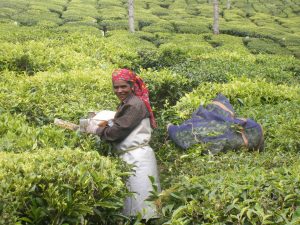 India has been calling your name.

But, you don’t just want to go like a typical tourist, and you don’t want to be restricted to a retreat. Nor, are you excited about spending your time and money to stay in “austere” surroundings.

If you want to deepen your understanding of all things Eastern, without emptying your bank account or giving up creature comforts, what follows are great alternatives.

Nirvana Tours is a solution for English- or Spanish-speakers. Leading groups to India since 2009, Nirvana figured out the right balance of spirituality, tourism, culture, studies, and even fun.

Run by a pair of Western Indiaphiles, they strive to provide “very comfortable, exceedingly lovely accommodations” at reasonable prices.  Beyond the yoga classes and guided meditation that are included, you can learn a great deal from the tour leaders, who combined, have spent more than 40 years in India.

U.S.-born Ram Das Batchelder is the author of six books about spirituality. He and his wife, Tarini Ma, taught Hinduism at the Universidad de los Andes in Venezuela. Accommodations are in four-star hotels, and gourmet buffets are standard fare.

Given the dedication of the Batchelders to service projects and Amma’s worldwide charitable endeavors, tours include opportunities for travelers to do good deeds. In the south, journeyers will feed wandering monks. In Jaipur, they will personally donate toiletries to impoverished school children. At Amma’s ashram, they will help prepare meals in the kitchen that serves as many as 2,000 people daily.

“All of our tours are memorable and life-transforming in their own unique way,” adds Ram Das. “How could it not be transformative to enter a secret cave in Varanasi where a physically immortal Master lived for centuries? Or to meditate in the caves on the holy mountain Arunachala where Ramana Maharshi lived for years? Or to receive a hug from Amma, the world-famous ‘Hugging Saint,’ and sit in her presence while she sings to God in ecstasy? Or to set foot on the rock in the ocean off of Kanyakumari where Swami Vivekananda had a vision of the Divine Mother, telling him to go to America and spread spiritual wisdom in the West?”

Nirvana has a flexible approach to its tours, too. Pick North or South India. Then, determine how many days you can devote to your travels. All tours offer great opportunities to absorb knowledge about spirituality, culture(s), and philosophy.

“Our classes are specially designed to provide a gentle and profound introduction into the essence of Indian spirituality. Once you’ve received a deep understanding of the symbolism of the various aspects of Hinduism, your experience of India will be much richer, and your tour becomes a journey into inner awakening,” says Ram Das.

If you want a thrilling spiritual and historical adventure, consider this 15-day journey that immerses you in the beauties of many religions. The trip begins and ends in New Delhi, for a visit to one of the largest and most beautiful Hindu temples in the world, a Sikh Gurudwara (temple), and one of the Bahai landmarks. While in Delhi, pray or meditate in the largest mosque in India, pay respects at a memorial to Mahatma Gandhi and relish the sounds and sights at Qutub Minar, the tallest brick minaret in the world.

Beyond Delhi, voyagers will relive portions of the Buddha’s life. Sites include the spot where Lord Buddha attained Enlightenment, and where he gave his first sermon.

Two of the holiest cities, Varanasi (Benares) and Vrindavan are on this route. Varanasi is home to 1,500 temples and is the Hindu version of Mecca. Vrindavan is the town where Krishna spent his idyllic childhood years. Also included is a visit to Khajuraho, home of a world-famous tantric temple, Jaipur (a.k.a. the Pink City), and the ever-popular Taj Mahal.

If your work schedule doesn’t allow you to spend two full weeks in India, pick up on “Awesome North India,” joining them on day six. This tour focuses on the famous “Golden Triangle” of Jaipur, Agra and Delhi.  The Treasures of North India starts with the tantric temples in Khajuraho and then the colossal Taj Mahal. Next is the unforgettable Vrindavan, before finishing up with more tourist attractions in Delhi.

India is expansive. This tour is the master trek, from which two other abridged excursions arise. This option focuses on some of the most beautiful temples in the south, set amid the majestic natural beauty of the mountains and sea.

First on the trail is Thiruvannamalai in the state of Tamil Nadu. This is a sacred town built around the base of a holy mountain.

Ram Das describes, “Our time there will be blessed with visits to the ashrams of Ramana Maharshi and the living saint, Shivashakti Ma, and meditation in the caves on the holy mountain where Ramana Maharshi lived for many years. We’ll also do a reverential walk around the holy mountain, and we’ll visit the ancient Arunachaleshwara Shiva temple which is the town’s centerpiece, a huge draw for Hindu pilgrims from all over the country.”

Pondicherry is another important spiritual center in the southeastern region of India. A popular holiday destination, Pondicherry has a rich French heritage.

“We’ll meditate in the ashram of Sri Aurobindo and the Holy Mother, and also take a tour of Auroville, the “City of Tomorrow,” a thriving spiritual community based on the teachings of these great Masters. We’ll then head out for a day amidst famous ancient Shiva temples in Chidambaram, Darasuram, and Tanjore; some of these temples are more than 1,000 years old and are protected as UNESCO sites. The next day we’ll see Trichy, including the important Sri Ranganatha Swami temple and the Rock Fort Temple, from where we’ll have an awesome view of the whole city.”

The journey continues to Madurai’s legendary Meenakshi Temple and Thirumalai Nayak Mahal palace, and the house where Ramana Maharshi attained Enlightenment. Heading to the southernmost tip of the continent guests will visit Kanyakumari, a beautiful spot where the Arabian Sea, the Bay of Bengal, and the Indian Ocean meet. Travelers will receive the blessings of the Goddess in the Amman Kumari Temple and take a boat to the Vivekananda Rock Memorial.

Heading northward, guests will spend two days at the ashram of the Hugging Saint, Amma. Located in a lush tropical region of Kerala, Amritapuri is home to a large community of people dedicated to Amma’s charitable service endeavors. Not far away are pristine backwaters where trip-goers will relish a six-hour houseboat ride. Think of Venice, 100-fold, 100 years ago. From the backwaters, guests spend a full day at the beach time before heading up to the “Himalayas of the south” in picturesque Munnar. Munnar is an incredibly verdant area where tea plantations thrive. Swinging back north and west, the tour ends in Cochin, the spice capital of India, and also the site of a former Jewish Indian colony.

This tour, the first ten days of “Light of South India,” is highly focused on Hindu spirituality. A great itinerary for dedicated seekers, but fine for beginners also, it is primarily in the south-central and eastern region of the Indian subcontinent. Arrival is in Bangalore. The departure is from Madurai. Accommodations are in comfortable hotels in six different cities.

“This is a highly affordable four-star pilgrimage through the most important holy sites of the south Indian state of Tamil Nadu, where many great saints have lived, including Ramana Maharshi, Yogi Ramsuratkumar, Shivashakti Ma, Sri Aurobindo, and the Mother (Mirra Alfassa),” says Ram Das.

This option begins where “Sacred Tamil Nadu” leaves off. Starting in Trivandrum in the far south, and ending in the spice city of Cochin. It basically covers highlights of the southwestern quadrant of India, including special moments and learnings at Kanyakumari, the Kerala backwaters, Marari Beach, the gorgeous green hills of Munnar, and special attractions at Fort Cochin.

“This tour is a sacred pilgrimage to the ashram of Amma, the world-famous hugging Saint, combined with lots of time exploring the natural beauty of Kerala. A perfect tour for spiritual beginners – and an ideal honeymoon vacation,” suggests Ram Das.

Based on their testimonials, you can’t go wrong with any of Nirvana’s tours. Packages are reasonably priced and nearly all-inclusive. Guests are responsible for International airfare, visa fees, health insurance, and/or travel insurance. Lunches, tips to drivers, waiters, and bell boys, and any purchases of a personal nature are additional.