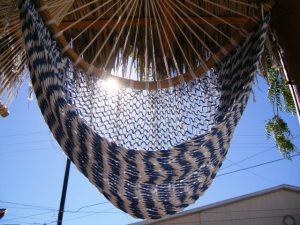 Bill Clinton recently said: “Between 2010 and 2014, there was no net in-migration from Mexico.” In fact, in the five years prior, more people moved from the States to Mexico than the reverse.*

Given the way immigration is covered in the media, this may be a shocker. Not for me. My thrifty Depression-era father talked about retiring in Guadalajara. I’ve long considered Mexico my segunda patria, and have considered making the land of Tenochtitlan my home.

My antennae are attuned to the many ex-pats in Mexico. Following are snapshots of just a few.

Nancy is a retired health care professional. An Arkansas native, she lived in Venezuela, Houston, and New Orleans, and considered moving to Panama, Costa Rica, or Colombia before she settled in Mexico. Adept at adopting different cultures, and switching between English and Spanish, she chose Mexico for the lifestyle and the favorable exchange rate.

Like many ex-pats, she makes frequent trips back north. “I still have a lot of stuff there, and my lifelong friends and family.”

She had fun searching for her new home. “Most trips and vacations were at least, in part, a scouting trip. In the end, she chose a sleepy artsy surf-and-sand community between La Paz and Cabo.

“I like Todos Santos because it is small, not pretentious, authentic, safe for a female on her own. Many women are business owners or independent.  For the most part, there is an emphasis on simple living, spirituality, and organic, wholesome and abundant fresh produce, and the climate is perfect for nine or ten months of the year.  People are friendly and welcoming.  The hippie generation is alive and well in the Baja,” she says.

Nancy likes the activities, cuisine, festivals and the proximity to the beach. She also was attracted to “the quirkiness of only one non-functional stoplight, horses that roam freely, turtle hatchlings and whales.”

Todos Santos has an active retirement community, plenty of bilingual realtors, and frequent flights from La Paz or Los Cabos to the U.S. or major gateways in Mexico.

“Most rental places here are furnished with everything from furniture to linens and kitchen supplies and dishes. I have found the healthcare here to be good and medications inexpensive, but I want to remain active in the Medicare system in the States.”

Packing up and leaving the U.S. of A. isn’t always easy. Not everyone has the adaptability or knowledge of the language as Nancy. There are downsides, but plenty of upsides.

“I do not think it serves anyone’s needs to just bring our own culture with us and not assimilate. Patience is important. Being able to adapt and do without is important. This is Latin America.  Standards of living are lower in general.  Making do is a way of life. It helps to be creative and to believe in the magic in our pueblo magico.”

“For the most part, we older citizens are given respect that is lacking in the states.  It is easy to find someone offering a helping hand.  People matter more than efficiency.  People are happy to stop and visit. I think it is easier to find friends, things to do, people to help, and public transportation is inexpensive and reliable.”

Rocky, a Viet Nam vet from the Boston area, lives about an hour away from Nancy in Cabo. While Todos Santos is the sleepy village that Cabo was back when Rocky moved here 20 years ago.

From Viet Nam, he was stationed in Alaska where the wind chill factor was so cold, tires would go flat. When his post ended, in 1971, he was determined to stay clear of freezes.

His PTSD made him uncomfortable in big cities, so he tried hopping about Southern California beach communities. With no sailing experience (or knowledge of Spanish), he and a friend set off for Cabo in a 40-foot trimaran. Ten days later, they arrived, and Rocky was hooked on the Baja lifestyle. Rocky stayed on the boat, ate the fish he caught, and lived off his savings. When he went broke, he returned to the U.S., worked, and headed back south. “After three years, I decided to move (for good.) No graffiti. No wise guys. Very friendly. Very religious. The people, as poor as they are, would give you the shirt off their back. It’s a dream place to live as far as loving people,” he says.

Rocky cleaned up his life and has pretty much overcome his PTSD in Mexico. He lives in one of only four houses on a golf course in Cabo with his dream wife, a Mexican national. “My wife is always so sweet. Always happy. She understands that money doesn’t make you happy inside.”

Rocky doesn’t miss much in the States. Maybe good Italian food, and bowling alleys. Of course, there are plenty of Italian restaurants in Mexico and entertainment options in Cabo. Life moves to a different rhythm, though. Living his Mexican dream life has slowed him down, which has its advantages.

“Because of the smaller population, it allows you to see things a little clearer and not compete. Everyone in the U.S. is very competitive. In Mexico, it’s very original and down to earth. It’s a slower way of life.”

Jon, who has lived near the surfing community of Cerritos for nine years, agrees with Rocky. “I wasn’t doing myself any favors by working and living in such a stressful environment. And, on top of that, the requirement to keep up with the Joneses. Where you have to always be getting into debt. Getting the better car or home.”

Living on a secluded beach, far from traffic jams and big box stores, Jon doesn’t expect to ever move back to the U.S. or Canada.

“I find that being in a culture where people are warmer to each other can be beneficial. There’s a lot more openness to spending time with other people and feeling welcome, in general. Even for strangers.”

Jon worked 12 to 14 hours a day in the film industry before his life as an ex-pat. Now, he has a management and operations job where many responsibilities are on his shoulders. But, the intensity and tempo are different.

“I didn’t have much freedom before. Things in general run in a slower pace,” he says about Mexico, “so I’m allowed to slow down and relax a bit more. When I left, I knew I was moving for good. I knew I was done with that lifestyle. I felt it would be healthier for me.”

Jon made several long visits to his adopted beach community before he made the plunge. Plus, he had family that had already planted their roots in Mexico. So he knew what to expect.

“It’s a really good idea to try it out first, for as long as possible, to really really get a feel for what it’s like to actually live here. When you’re on vacation, it’s all fine and good. But living here is different. Building anything. Buying anything. Suddenly it gets a lot more difficult dealing with different languages and cultures when you need help getting things done. Foreign governments don’t run as smoothly as they do in the U.S. or Canada.”

Another 20-year ex-pat in Mexico is Sam. An artist, she was living in Utah before she packed up everything to set up a home — and later a business — in Puerto Vallarta. In her kitschy style, she created a beach resort that offers the perfect environment for creativity. Individuals and groups can work with clay, metal, paint, glass, or mixed-media just a few blocks from the beach. She appreciates the weather, traditions, food, and culture of coastal Mexico, all of which her guests can experience.

She chose the area for the quality of life. Sam says no one cares what you drive here. In fact, she walks to the doctor, dentist, hairdresser, accountant, vet, bank, pharmacy, restaurants, you name it. And, most everything is more affordable in Puerto Vallarta, which draws many ex-pats here. “Just watching the butterflies, hummingbirds, whales, and iguanas is entertainment enough for me,” says Sam. But she also relishes the warmth of the locals. “People here are so willing to help their neighbor. The people here are happy and helpful. They actually do sing or whistle while they work.”

Ellen is a retired university professor who straddles the Mexican/American cultures, daily. Her home in Texas looks like a Mexican hacienda, and she usually wears a huipil. When she’s not in her casita, she’s probably in Mexico, which she visits several times a year.

“Mexico fills my soul like no other place,” Ellen explains. “I have traveled the world over, and Mexico would be the only place I would consider (relocating). I go often and when I breathe in, I am replenished. I feel comfortable, I feel safe, I feel creative, I feel the stories, I just feel.”