All the articles under the TRAVEL category were originally published by both the Houston Chronicle and San Antonio Express-News, online.  Each article was written by Deborah Charnes based on her personal travels. In almost all cases, the photos are hers. 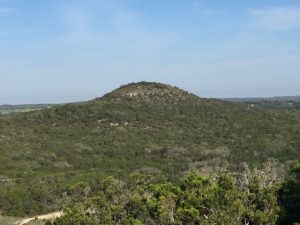 Wimberley, Texas is less than an hour from Austin, and just a tad farther from San Antonio. But it doesn’t share many similarities with either of the two metropolises. The booming state capital boasts a thriving music scene and has been dubbed a vibrant, newer, and hipper Silicon Valley. Meanwhile, they say “every day is Fiesta in San Antonio” with mariachi music and colorful Tex-Mex food and drink everywhere. Both Austin and San Antonio are among the ten largest cities in the country.

Meanwhile, Wimberley has only 3,000 residents and is separated from the urban worlds by huge expanses of rolling forested green hills. This is Hill Country. Arguably the region in the lone star state with the most natural beauty, Wimberley is built atop and between limestone bluff formations, verdant cypress and cedar trees, and many natural waterways.

Off the Beaten Path

“It’s like going back to nature and Southern hospitality,” said Carina, a Rio Grande Valley resident, about the feeling she got in this laid-back Hill Country town. “It gives a cool and hip vibe of Austin, but with the tranquility of the old small towns of yesteryear. The scenery felt like from a movie,” she added.

Old Baldy Park was one of the highlights for Carina and her husband, George. This is a lovely but somewhat hidden mountain in the middle of town. There’s no live stream to cool off. There’s no restroom or water fountain. But it’s a gem of a place for those wanting a short hike, and incredible views.

Getting here is through winding roads that rise through a sparsely populated residential area. GPS will guide you to Old Baldy, but don’t be expecting any large signs, parking lots, ticket booths, or park rangers. You can easily miss the entrance, so drive slowly and be on the lookout for a few steps that seem to rise out of nowhere on the left-hand side of the road.

Also known as Prayer Mountain, Old Baldy is a four-acre park with a 360-degree view of Wimberley. Although not wheelchair accessible, it’s an easy climb up 218 limestone steps to get to the plateau. Along the way, you can take in the views, or read stones painted with inspirational messages.

The mountain formation and the steps to the peak resembled an ancient pyramid, according to George.

“Sorry, but pyramids in Texas?” However, they didn’t climb up the steps. “Dare to get to the top by walking around the winding spiral,” suggested George. Once at the flat top, they were the only visitors there to appreciate nature’s surround-sound and views.

Prayer Mountain is a perfect place to pray or meditate, enjoy a snack, snap photos, or just chill out. Although the peak is a rough surface, there is plenty of room for multiple people to sit directly on the grass- and dirt-free crest, or on one of the big rocks surrounding the big flat top.

Other Things to Do

Texans flock to Wimberley year-round to relish the small town country — but contemporary — charm. They escape the city to relax and get closer to nature. Many cool off from the hot Texas days in the rivers and creeks that flow through or surround Wimberley, or seek refreshment in the form of food and drink.

The most popular destinations, which require online reservations well in advance, are Jacob’s Well and The Blue Hole. Those two spots seem to be on most visitors’ itineraries. Cypress Falls is a private-run bathing spot with a small restaurant, and 7A Ranch is a longtime favorite with access to the Blanco River.

The shops at Wimberley Square are all tiny, unique, and owned by local residents. There’s a mix of farmhouse antiques, contemporary art, western wear, and boho chic.

For thrill-seekers, there’s zip-lining, and soundless bird-watchers won’t be disappointed.

Before your trip, check out the Wimberley website, or, drop by the Wimberley Valley Visitor Center on Ranch Road 12 during your stay.