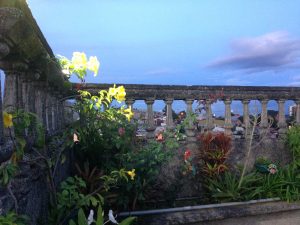 John’s a 77-year-old retired lawyer from Austin, Texas.  He’s a fairly nondescript-looking American, possibly of Scandinavian descent. He’s seated next to me on the plane to San Jose, Costa Rica. He’s wearing dark pants, a light solid shirt, and a dark suit jacket. He isn’t dressed like your stereotypical beachgoer or cruise shipper. Yet, he doesn’t look like he’s in a business mode. He sports practical shoes rather than shiny leathers. Since I can’t peg him and his travels, I ask why he’s headed to Costa Rica.

Dental tourism is big in Costa Rica. As John acknowledges, fewer and fewer Americans have dental insurance. With age, the cost of dental work increases dramatically. In John’s case, he needed a few implants. His Austin dentist gave him a price quote and warned him that if anything went wrong, he’d need to re-do the treatment for an additional hefty sum. Not the most inviting of scenarios.

Then, he turned to the internet.

John discovered people were flocking to Costa Rica and Hungary for dental needs. The prices were considerably lower than those in the States, but apparently, both countries had excellent dental professionals and equipment.

Just like a hotel shopper, John wanted to hear real people’s experiences. He wanted to select a dental clinic with five-star reviews. It was a recurring theme for Costa Rica. So, he bought a plane ticket for San Jose back in March and spent a week in Costa Rica for part one of the two-phased dental implants.  As he sat next to me, raving about his experiences, he was headed back for his permanent crowns.

The bottom line? John’s implants cost about one-fourth of what the Austin specialist quoted him. And, the Costa Rican doctor doesn’t charge extra if any replacements or adjustments are needed.

As John arrived at the San Jose airport, a representative from the dental office was at the arrivals area waiting for him. He was shuttled off to a hotel owned by the dentist. Breakfast, each morning, would also be provided. John mentioned that the clinic, with a hotel across the street, was in a nice neighborhood, with easy access to a mall and a block from McDonald’s. What more does an American need?

Richard was on the same early evening flight the very next day. Like John, he was a Texan who couldn’t afford a million-dollar-mouth. Once he hit his 50s, his dental needs were more and more expensive. Like John, he balked at spending all his savings on his teeth.  The son of a dentist, he could spot a good oral surgeon when he saw one. A fastidious researcher, he settled on a father and son team in San Jose.

He has saved thousands of dollars every time he heads to San Jose for dental work at the top-of-the-line clinic that has nearly 50 years of experience with implants.

When Richard landed at SJO on his Southwest flight from Houston, exactly 24 hours after John arrived, there was no one with a sign to greet him. The driver didn’t need a sign. He knew Richard from his prior visits. The driver had a brand new white van with the name of the dental clinic written in script on the sides of the vehicle. When business is brisk, he picks up six patients at a time.  There’s no charge for the airport pick-up service, but if you want the driver to take you anywhere else during your stay, you pay for the door-to-door service with the English-speaking driver that is used to shlepping tourists around.

Richard stayed in a hotel connected to the dental clinic. All the signs are in English, and there’s a telephone on the nightstand for free unlimited phone calls to the United States or Canada. In the lobby, you can watch CNN News, play a jigsaw puzzle, find sudoku books, plenty of magazines, and a lending library with romance or crime novels. There’s also a computer with wifi at your disposal.

The 24-hour manned reception desk can steer you to a nightclub, or order you food from more than a dozen restaurants. They can also book you a day tour when you’re on an off day, awaiting your prosthetics.

Breakfast is served at both Richard and John’s hotels with dental patients in mind. There’s no crunchy granola or sticky buns, but food that’s easy to chew. Richard’s indoor/outdoor dining area opens at 6:30 in the morning. There are several choices of pre-sliced fresh fruit. Hard-boiled eggs are on the counter, or the attendant can custom make you an egg dish. Other options include oatmeal, waffles, pancakes, and croissants. Plus, your choice of coffee, black or herbal tea or juice.

When you’re getting major dental work done, it’s normal for people to have a bit of the jitters, and their ease of mind and comfort is extremely important. Being able to chat (all in English) with others that are going through the same thing as you, at your breakfast table, is just one more added perk.

Sally and Joe live near Tampa. They used to have a condo on the Pacific coast in Costa Rica. About 12 years ago, they were on the plane going back to the States. There was a gentleman with a huge smile stuck on his face. He was showing his teeth the entire time, almost like a Cheshire cat.  It was a bit eery. Finally, he confided in them. He had had extremely bad teeth. Then, he won upwards of $5,000 in Vegas. At his daughter’s urging, he researched dentists in four countries. He picked Costa Rica and was thrilled with his new set of white permanent choppers. He gave Sally and Joe the business card of his Costa Rican doc.

Sally could identify. She had a full set of dentures since she was young, as a result of an accident.  In the states, the bill for the reconstruction would have been about $65,000. The tab in San Jose for 12 implants and 22 crowns: $11,500. The Costa Rican dentist offers a lifetime guarantee.

“I think the quality is fabulous,” she said. Ever since she and her husband and friends have headed back here for all their dental needs. On their recent trip, they flew Jet Blue from Orlando for a $300 round trip. “It’s a no-brainer.”

Another upside of some of the dental work in Costa Rica is the turnaround time. Sally and Joe’s dentist has his own lab, on-site, and even his own pharmacy. On Richard’s return visit for his prosthetics, he was in and out in just two days, whereas in the U.S., it’s not uncommon for a seven to ten-day lag time from impressions to permanent crown installation.

For those that have to stay a week, they usually can go to the beach and back, as Richard has done several times. Sally and Joe have been to the volcanos and the waterfalls.

Israel works for one of the dental enterprises. He’s the hotel front desk day shift customer-service person. He understands that the guests (patients) need to feel comfortable during their stay.

He recognizes that most of the patients are seniors. For some, this is the first time that they’ve ever even left the U.S. They can be uncomfortable. They question if it was the right decision to leave home and get major surgery done in a foreign land. Even though they know they are saving so much money, there is a big degree of nervousness.

Few speak Spanish. It’s not uncommon for them to stay locked up in the hotel and clinic during their week-long stays.

Some are very queasy about what’s going on — at first. They need some more of that personal attention and in their own language. Once they get comfortable with the almost family-like atmosphere, their attitudes change.

Richard notes that the elder of the father/son duo greets everyone. Sometimes, he takes 20-minutes to chat with the patients. Oftentimes about things completely unrelated to their dental history or treatment plan.  While all the dental staff speaks English, it makes a difference when the owner takes the time to give you special attention.

John recalls when he first considered Costa Rica, he called the clinic spoke to someone, and shortly thereafter, the dentist called him back directly. That kind of service is rare nowadays in the States.

In the end, the value of your dental dollars extends much further in Costa Rica.  It’s about much more than price points.