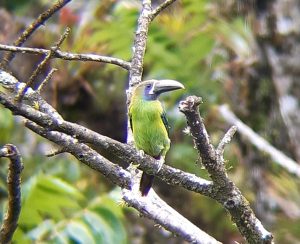 For nearly 50 years I’ve been a budget solo traveler. It doesn’t matter that I’m eligible for AARP benefits. I enjoy community-style hostels and Airbnbs. I don’t need a bathroom or coffee maker in my bedroom. Sharing with others is a positive in my book.

Rarely do I spend on taxis. I love walking everywhere or posing as a local, even on crowded buses or trains. In India, many tourists buy first-class train tickets in air-conditioned cars. I ride second-class. The air comes through the open windows. Free.

As a result, I’ve seen a lot of the world. My reasons to travel are to learn about the world and its diverse cultures.

Eating on the Cheap

By choosing the low-cost route, money doesn’t hamper my dreams or plans. In Paris, I dined al fresco. I picked up a whole-grain roll, fresh fruit, and cheese at corner stores. In Istanbul and Jerusalem, dates, figs, and nuts from the incredible shuk markets or grand bazaars were nutritious inexpensive grab-and-go meals. When I was a student in Ecuador, hominy from street vendors was my mainstay. In Nicaragua, my best dinners were freshly made plantain chips topped with a cabbage slaw that I picked up from the nighttime street stands.

But there is one thing I don’t hesitate to spend on. From Poland to Peru, I’ve found hiring a guide, or joining a local tour, is worth every penny.

In Peru, given the favorable exchange rate, low cost of living, and my fluency in Spanish, I hired drivers. They were not tour guides, nor chauffeurs. Just local guys with unofficial taxi service. But they told about the sites, politics, crime, food, and even pop culture.

In Israel and Belize, a day tour can set you back $100. Despite the cost, I opt in to these extraordinary adventures and experiences.

An audio tour or guidebook doesn’t do it for me. I need a real person who can gauge everyone’s energy and interests, and answer questions. At the Vatican (Rome), Yad Vashem (Jerusalem), and Auschwitz (Poland) the tour guides were so knowledgeable. It seemed they had masters’ degrees in their respective subjects.

At Yad Vashem, the holocaust memorial, our guide incorporated intentional interaction during the short walk-through. As a result, we heard the personal account of one of the men in our group. He survived the atrocities thanks to one of the righteous honored at the museum. His testimony made the images of the six million come to life.

In Paris, I took several inexpensive bike tours led by college students. The coup during one evening ride was at the Eiffel Tour. Our guide posed us, lying down on our backs, for reflective quiet time savoring the greatest view in the night sky.

In Costa Rica, some of my best experiences have been when I shelled out the extra dollars for a guided tour. From 45-minutes to two days, I didn’t regret one. Even the free tour of the National Theatre was spectacular.

On my last trip to San José, I took the $6, five-hour bus ride to the cloud forests in Monteverde/Santa Elena. Once there, I asked my Airbnb hosts to inquire about one particular tour. Since I was solo, the price of the guide, admission, and round-trip taxi (there was no public transportation) would have set me back almost $150. My hosts suggested visiting a different site for $35, total.

Pleased with that tour, I joined the guide (Roy) for a night hike and bird-watching the next day.

I’m a nature buff. I walk around national parks and reserves for six hours at a stretch. But going with a pro you see so much more. Safely. There’s no chance you’ll get lost within several hundred acres of unmarked forests. Guides keep you clear from snakes and other poisonous creatures. Roy also warned us about “psychotic” toxic coffee beans.

Costa Rican guides (most of whom speak excellent English) have keen eyes and ears to detect wildlife. Plus, they tote a telescope or binoculars and are filled with knowledge.

For example, when I trek solo, my eyes focus on flora. Most anyone can appreciate the beauty of the caña agria (crepe-ginger). But Roy told us that the underside of the large thick leaves are so velvety that they were used as toilet paper. One incredible flower, “hot lips,” is alluring to the hummingbird while another smells like blood to attract mosquitos, Roy said.

There was one animal, the wide-nosed coati, a diurnal mammal, that was so high in a tree, that I could barely see it in the telescope. Yet our guide found it immediately. With bare eyes. And we learned the coatis have very poor vision but rely on an excellent sense of smell. The omnivores assign a babysitter to watch over the young ones while they hunt for food.

There are 920 species of birds in Costa Rica and 540 species in Monteverde. Some migrate here in the winters from North America. Guides also know where they tend to perch.

Among the many birds Roy located was the monogamous blue-crowned motmot. During the day, they are always together. When it’s time to sleep, they rest in different branches for safety reasons. The intelligent birds build nests up to 2.5 meters inside walls with an emergency exit in case of attack.

There are two species of toucans, related to the quetzal, in Monteverde. Also monogamous, these birds use their hollow beak to fan themselves with air.

Monteverde is also home to 25 species of hummingbirds that move their wings as many as 2,000 times per minute.

Finally, one of the many reasons why I chose to head to Monteverde was its history. According to Roy, during the Second World War, Quakers in the United States were conscientious objectors. However, the United States did not honor their religious freedom and some were jailed. Upon their release, a group of 40 headed to Monteverde, since Costa Rica was the only country in the Americas without a military force.

Historical reports on Quaker websites, confirm that during WW2, although the Quakers are a peace-keeping religion, some were imprisoned for refusing to serve. According to the Selective Service archives, there were 37,000 WW2 conscientious objectors. Many chose Civilian Public Service work camps but 6,000 went to jail for up to ten years. Upon release, they were once again at risk of being drafted.

A group of Quakers from Alabama, with jailed church members, was the first to leave the U.S. for Costa Rica. Others followed. Today, the Friends School and Meeting House is just 500 meters from the Monteverde Cheese Factory and the Curi-cancha Reserve. The cheese factory, now owned by a multinational, was founded by ex-pat Quakers in 1954.